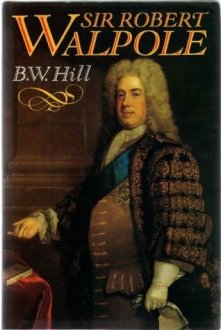 A government is formed when a bunch of men sit around in a room and figure out exactly how everything is going to work, and who is going to do what, and they write it all down as something everyone can read.

Being raised in America, that little nugget has sat unquestioned in my head since I can remember. If I had thought about it, I would have questioned it. But I didn’t.

This book was a bit soporific, quite supportive of its subject and forgiving to the aristocracy. But reading about Walpole (1676-1745) and his twenty year reign at the head of government (1721 to 1742ish) has been good, if only to understand a bit better the early period of Empire, and how a government not entirely dependent on the whims and fancies of a spoiled human being was wrestled slowly and haltingly into life. Hill argues that monarchs needed money, didn’t want to bother raising it, didn’t want one guy in charge of money who might challenge them one day, and so…

By the accident of an historical situation in which insecure monarchs resolved to entrust the Treasury to a committee rather than an individual, the office of First Lord was able to begin its evolution in that of Prime Minister in the hands of one of the ablest politicians of the eighteenth century (1-2).

This broadening of the base of power and decision-making was a step in the right direction, particularly interesting as it began to center power in the House of Commons. But it didn’t go too far, of course, as they weren’t very common at all.

Conscious of their power in the new permanent setting of Paliament, these men legislated for the benefit of their own class in the firm conviction that what was best for them was best for the country as a whole (7).

The continuance of a ministry irrespective of the person of the monarch was a logical step as the importance of Parliament gradually increased in the eighteenth century and ministers’ power base shifted towards the House of Commons (144).

Funny that Walpole hated and repudiated the slur of being called prime minister, as did those who followed him down to Pitt. Even so, they were at the top, and it was still a system based entirely on patronage — you could argue the same is still true today, just a little more subtle. A little.

The famed, and at the time much-publicised ‘corruption’ by which Walpole sought to assist his parliamentary majority was in fact no more than the use of classic methods of patronage management raised to a new standard of perfection by a master manipulator (9).

Hill says that, but he does later on note a business venture with Josiah Burchett, Secretary of the Admiralty, which involved smuggling wine from Holland using an Admiralty launch…

There is also, of course, the old boys club at play — the Kit-Kat Club to be exact, the place to see and be seen and to get anywhere in whig society. For men (and socially for women), being a whig meant being ‘a socially close-knit group in face of a strong Tory majority in the nation as a whole’ (39). Interesting, there’s no way to get a sense here of just how divided people in the top ranks were.

He also notes the connections to the new and burgeoning business of empire and trade: ‘Whig political fortunes became inextricably mixed up with the fortunes of the commercial community’ (26). But of course, the Tories must have been too, or they would have been drowned by whig wealth and have disappeared long ago as a force of conservatism.

Anyway, beyond the major jolt to my common-sense conceptions of how government forms, there are some interesting tidbits about society, like this on the role of women and money in building influence:

In 1707, Walpole took two months off in Norfolk to conclude the lengthy negotiations for a financial settlement in connection with the marriage of his sister Susan (47).

The burden of having to shelter his other sister Dolly is also often mentioned, through the whole of her spinsterhood and ill-fated love affair with Townshend before his wife died and they could be married. Then there is this little misogynist dig, which probably says more about the author than anyone:

Despite the existence of a regular mistress and perhaps others of her kind George was devoted to his wife Caroline, a woman of ability who liked to pose as an intellectual and enjoyed the conversation of intelligent men (145).

I’m a bit obsessive about gardens and food chains, and was fascinated to see how country estates in this period still supported their owners in town with meat and produce — until their needs outgrew it. Walpole certainly seems to have never gone hungry:

More than ever the estate in Norfolk was ransacked to provide culinary delicacies for the more lavish entertainment now possible; but the new needs exceeded the capacities of Houghton, and from now on the usual London retail markets provided most of the large quantities of food and wine essential to the furtherance of any political career (41).

And this goes perfectly with my rant about gardens of pure evil like Stowe, created by Walpole’s gadfly, Lord Cobham (barely mentioned in this book, despite his epic gardening battle to belittle and mock his enemy):

By the standards now prevailing among wealthy landowners, Houghton was a small and old-fashioned residence. New mansions were springing up around Norfolk and the whole of Britain…If Walpole were to rise higher, as he confidently expected, he would need visible evidence of success in the form of a house and park which could vie with the greatest… the existing building…must be pulled down completely to make way for a residence in the fashionable Palladian style…[and] a vast park landscaped by the fashionable garden designer Charles Bridgeman…The village of Walpole’s boyhood would have to go, for it was not in keeping with the new style and must be re-erected a mile further away (106).

And what a garden it was: 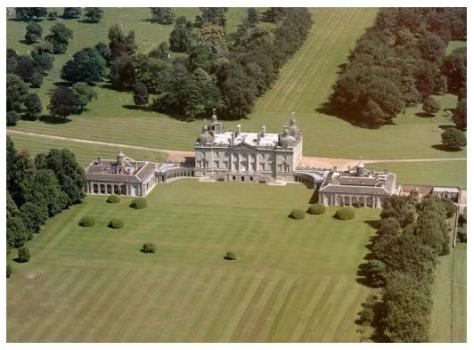 Trade plays almost no role in the telling of this story — which I found a curious snobbery really. Particularly anything to do with the colonies and slave trading. The arena for this book is almost entirely that of Europe. My god there were a lot of wars were being fought by England, maneuvering to ensure a balance of power and restraints against Catholicism! I forgot that of course William III involved us more in Dutch affairs,  and how much time the Georges spent continuing to work and manoeuvre as the Prince of Hanover while still the Prince of Wales.

It seems a bit mad now, a lot of the book is taken up with it, and I couldn’t bring myself to care. Nor does Hill bring alive the religious tensions between the Dissenters and Church of England and Catholics, the fact that Jacobites were still in the country muttering and the pretender still holding court in France. The continuous murmurs of rebellion all seem very unexciting.

Of course, in this lack of excitement trade can’t be forgotten completely. There’s the South Sea Company bubble, its crash and the government subsidy of the stock (we never learn I guess — or we do, apparently Walpole’s sinking fund to reduce debt was copied by the US congress in the early 1800s, and being considered by Obama). 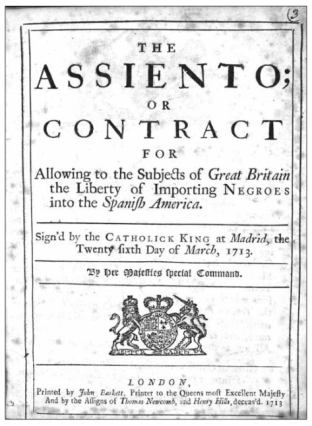 There is one mention of the Asiento, ‘the profitable concession for slaving and general trade given to Britain by the Treaty of Utrecht and regretted in Madrid ever since’ (154).

There’s a note that Walpole reduced land tax in 1737, the resulting sizeable government deficit to be made good by a salt tax. The good old policy of protecting landed wealth at the expense of everyone else.

I’ll end this potpourri of Walpolian facts from a long (but the shortest of all of them by far I believe) dry biography with what might be the most interesting: the end of his career was spent settled into 10 Downing Street, ‘donated by the King for the use of the Treasury and its First Lord’ (183).

The end of Walpole, the beginning of a protest destination for the ages.