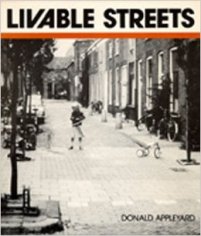 This is a splendid book of studies, both of traffic and of community. It opens with my favourite sentence of the whole book:

Nearly everyone in the world lives on a street. People have always lived on streets. They have been the places where children first learned about the world, where neighbors met, the social centres of towns and cities, the rallying points for revolts, the scenes of repression. But they have also been the channels for transportation and access; noisy with the clatter of horses’ hooves and the shouts of their drivers, putrid with dung, garbage and mud, the places where strangers intruded, and criminals lurked. (1)

I think in many ways Appleyard proves many of the things we fighting to improve our cities instinctively know, these studies should have formed a baseline for all community building and traffic interventions in all countries.

Look how long this was written:

Neighboring: One of the most significant and discussed aspects of street life is the amount and quality of neighboring (Suttles, 1972, Gans, 1968 and Jacobs, 1961). Its interruption or “severance” has been identified as one of the primary measures of transportation impact in Britain (Lee, 1975). (35)

Traffic as the Most Widespread Problem The dominance of traffic as a problem on all street types is the most salient–and counterintuitive–finding of the study, since crime is commonly perceived as our major urban street threat. (59)

The photographs are wonderful:

Mrs. Hampton from Camden Town, attempting to get home in 1976:

These good old days of fashion and street life:

But the real innovations were the ways he made visual the data from questionnaires and observations.

There are a few people still fighting for livable streets, for instance you can see quite a splendid animation of his ideas here on the website StreetFilms, or here, a roundup of other ways these ideas continue to live on and how they are struggled over where I found the map below: 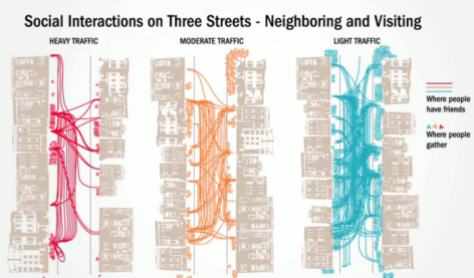 My  favourites were from this study of traffic and community: 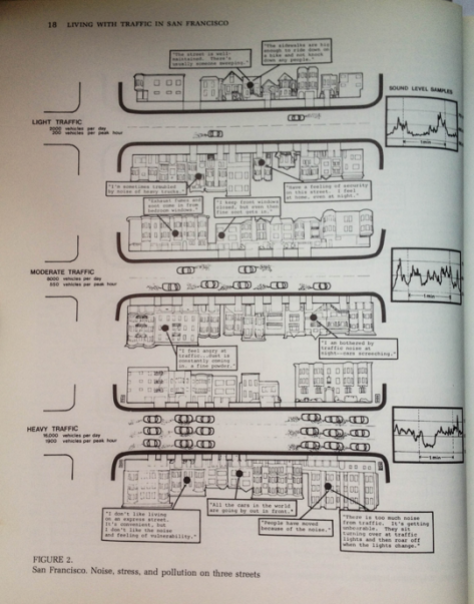 This is the same illustration I found in Jan Gehl’s book and that brought me here: 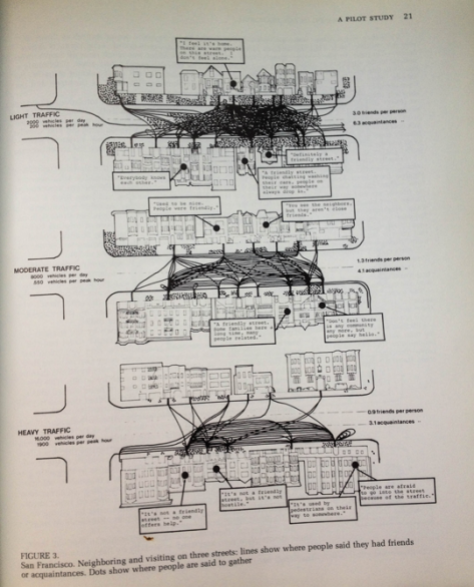 Here people drew the area they felt was their own territory, in light traffic it included both the home and the street, the common spaces shared between neighbors. This could not exist on the heavily trafficked streets.

How wonderful are these, another representation of how we life in our homes, how we use our rooms and the ways that the external environment changes those patterns. It’s something I never really thought of before: 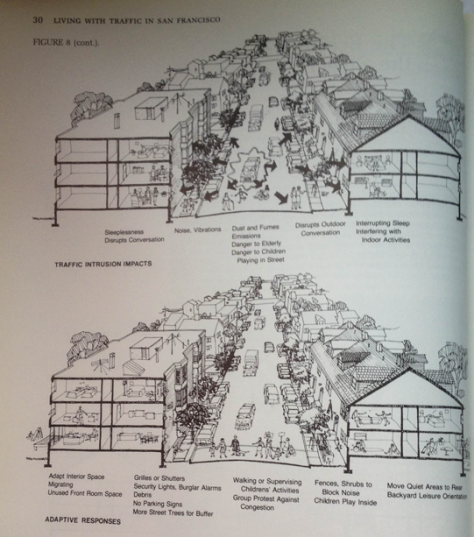 To end, this fabulous illustration that looks so innocent yet contains some rather radical ways to improve the street.