Cities for People not for Profit…

The speakers were on the whole so impressive, a big thank you to all of them for coming together and sharing what they know about the crisis and what is happening to housing. A full listing of the programme is here.  I made it to two sessions last night — well, maybe I should say one full one. The website had the wrong time on it, so I was very late to ‘Mapping the Crisis’, but I did hear the Q&A for Beth Stratford’s talk, Rita Silva on the situation in Portugal, and Anna Minton on public housing. I’d been looking forward to hearing her speak, because her book has been on my to-read list forever, but I still haven’t gotten to it: 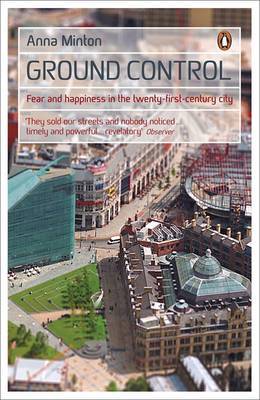 A good summary of the building of public housing and the ideals behind it, and in a metaphor I really liked, she looked at the way that the current government is now taking a wrecking ball to those socialist ideals. My only caveat with her talk was that she gave them the benefit of the doubt that this might be unconsciously done. I don’t know I’d be willing to go that far…

I stayed for most of the second evening session as well, chaired by Michael Edwards who is wonderful. James Meadway of the NEF saying that the housing crisis is being caused by too many low-income jobs being created in London driving housing demand driving prices up seemed a little crazy, maybe I misunderstood. But there was definitely no talk of global capital and investment, why only luxury housing is being built, and etc. His solutions? Rent control, more jobs in the rest of the country, and build more housing. All good, not enough to solve the problem though I feel. Mary Robertson was pretty awesome and brought global capital back into the picture, giving a quite technical run down on financialisation and how it works, and her qualifications of Meadway’s recommendations were both good ones: get rid of the myth of homeownership as the ideal, and the creation of more social housing. Louis Moreno‘s talk I really enjoyed as well, a very different tack on how financialisation is internalised, a discussion of Zola (hurrah!) and his discussions of the Hausmannization of Paris and the desire to have the wealth that others have, thus to do as landlords do. This was the set-up at 67 Guilford St:

But last night I was in this same second room where the lights didn’t work, so sat in darkness, and the room was packed (I couldn’t get into the parallel sessions upstairs at all on the occasions I tried as the room was smaller) — a good thing really — but strangers leaning into me and hitting the back of my head when they went past was quite distracting. So I confess, I didn’t get as much as I wanted from the sessions and left early. This morning it was beautiful though, as you can see. And there was a cat, which made it all better. 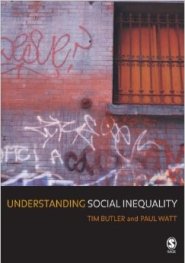 This morning’s speakers were also awesome – I’ll just summarise the highlights. Paul Watt on the ways that Camden and Islinglington councils saw the incipient sweat-equity driven gentrification in the 60s and 70s and actually bought up a lot of private housing to stabilise the working class neighbourhood – that story made me happy. This early phase of gentrification was followed by phase two, massive development and regeneration schemes, and now phase three which is state led — them flogging of housing through stock transfers and PFI (Private Finance Initiative – read more here) after having themselves created a rent gap by disinvesting in social housing. Stuart Hodkinson was great too, getting into the nitty gritty of PFI, how councils have been forced (though what he calls the ‘neoliberal straightjacket’) into redevelopment schemes to repair housing that consistently puts them into increased debt even as it privatises social housing, transferring massive amounts of wealth from the public to the private sector. While the councils are undoubtedly between a rock and a hard place, none of them have chosen to get out of the straightjacket, just make themselves more room within it. His work on Myatt’s Field in Lambeth was fairly illuminating, both of the dangers of the redevelopment of council estates causing the loss of public housing, but also the ways that private capital have totally outclassed the council in terms of contract negotiations and profiteering. That needs to stop. And finally Nick Mathiason from the Bureau of Investigative Journalism, with some great graphics on the social cleansing taking place in London. You can find their archive on the housing crisis here.

Unfortunately I couldn’t stay for the afternoon sessions or final plenary, nor the actions…life has been busy! So I’m not sure how much this moved practical actions forward, but the talks were certainly illuminating in thinking through how social cleansing and privatisation is happening and being justified, as well as where leverage lies for future struggle. There is another conference coming up around building a campaign against PFI — called the People vs PFI. It looks great, with a fairly brilliant mix of speakers in the room. More information can be found at www.peoplevspfi.org.uk.

The biggest nastiest slug I have ever seen. In my

Things pulled out of my coat pocket on the bus#7 #

I think this should probably read 'the sound of mo

One by one my garden gifts come, but this was lush

Look at these beauties that appeared while I was a

Classic view with a twist

Sundew AND A FROG!

Happiness and a pork pie