The exuberance of rococo nudity in Prague is stunning, in every sense of the term. Large well-endowed women stare down at you from facade after facade with only their stoney flesh to keep them warm: 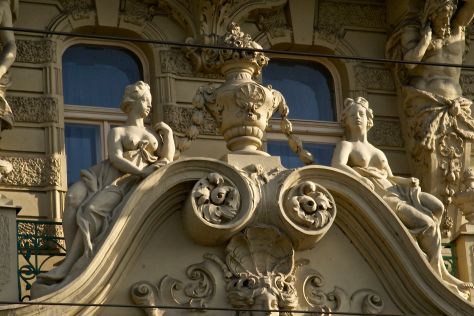 Not my favourite style, but it is carried out with such panache I could not help but be impressed, if only with its absurdity: 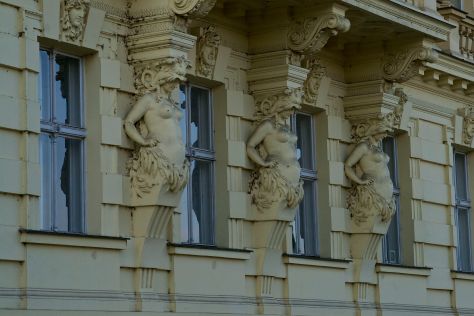 I have never seen suggestively positioned, naked and possibly pregnant women used as supports for heavy masonry. The symbolism (or lack of it) fairly boggles the mind unlike the use of Atlas-type figures. They are wearing fish on their heads, however, so I suppose some symbolism is involved, as must also be the case for this guy with a chicken on his head (apologies he too is not nude, we’ll get to the men soon):

Birds are almost as common as naked human beings, and sometimes they came together

With the rococo I simply shrug, though the scale and imagination was most impressive. Unsurprisingly you can only see so many naked women without ceasing to be aware of them or continue taking pictures. What was striking, however, was that this nudity continues on through the ages. There are some beautiful and extremely saucy art nouveau facades, different from anything I have seen before:

And statues as well

But the social realists have also gotten into the act — though a little more chastely: 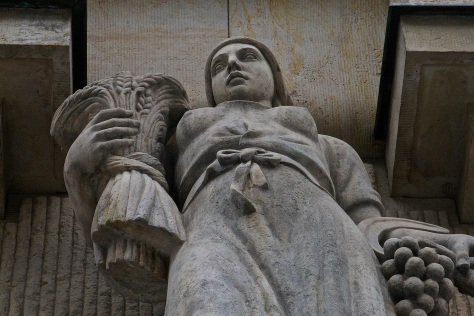 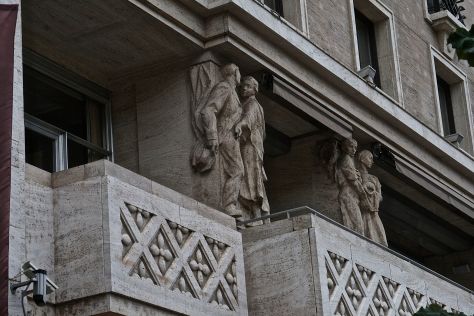 We also found a splendid sign, unique in everything but the nudity, which could equally well predate or postdate everything else pictured here:

But it is not just the woman’s body that is celebrated, though the ladies far outnumber everyone else. This particular celebration has been painted so that it is camouflaged as much as possible, which is exactly what called my attention to it after such a surfeit of flaunting breasts over residential edifices: 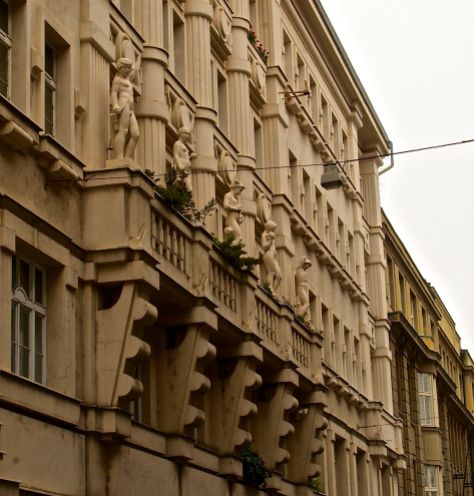 I also loved this nonchalant (although well covered) pose on Prague’s famous Municipal House off of Namesti Republiky:

While at Ještěd Tower in Liberec there was a similar phenomenon, alien but very very male:

More penii and grinning laughing tourists were to be found in front of the Kafka Museum: 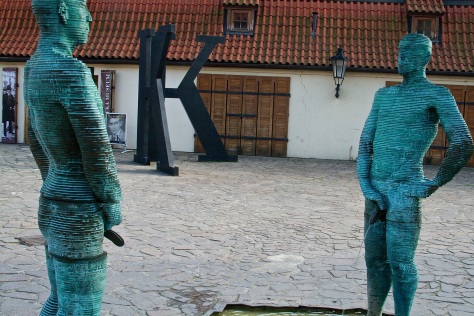 It was funny to later that same day run into this suspect statue up at the castle:

Altogether there is one almighty celebration of the human body happening all over Prague. Next — the unfortunate result.

Load More...
Do NOT follow this link or you will be banned from the site!