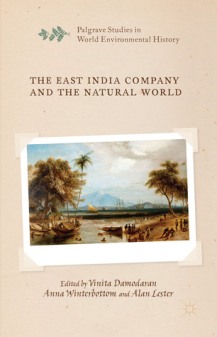 Given the single-minded purpose of the East India Company, it is hardly surprising that it should put everything in service of its profits — everything. I am only now learning the full contours of its terrible legacy: the millions dead of famine in Bengal, the industries destroyed, the conflict fomented, the culture and knowledge denigrated, the uprisings horribly put down. Impossible to summarise the damage that transformed Bengal from one of the wealthiest regions to one of the poorest or what that has meant to its people.

Could the colonised natural world have survived such an onslaught untouched?

What I appreciated about many of these stories, is that nature, on the whole, held its own. But not every time.

Frustratingly for me, being fresh and new and autodidacting this subject of Empire and the natural world, the principal theorisation for much of this, and the work that all of these authors are building upon, lies here: Green imperialism : colonial expansion, tropical island Edens and the origins of environmentalism, 1600-1860 by Richard Grove. The strength of this collection lies in the well-researched detail and the breadth of subjects and disciplines represented. Not so useful for a theoretical overview though, so I am looking forward to Grove.

Still, this was enjoyable and I pulled out a few quotes, like this from the intro by Alan Lester, on John Mackenzie who I also have not yet read:

‘Rather than thinking of core and periphery as two interacting but discrete spatial containers, each maintaining its own essential identity, he saw that one of these containers was actually constituted by the other’ (2).

That seems common sense to me, perhaps more in the sense of each acting upon the other…but I’ve never much liked ideas of core and periphery. CLR James is most effective in theorising the intensity of these connections in a different way through his work on the Haitian Revolution and cricket for example. Interesting, though, to think of scale as socially constructed projects:

Like gender, race and class in post-structuralist historical thinking, we might productively think of scales as entities constructed through particular projects with real effects in the world. These are the ‘effects of networked practices’. (12)

Not sure what I can do with that, but interesting.

Deepak Kumar is another among several writers here who seem to me to be forced to state the obvious:

Colonial discourse, it is true, is neither dictated nor possessed entirely by the colonizers. Postcolonial theorists find ample instances of ‘ambivalence’, ‘hybridization’, and ‘mimicry’ within it. (20)

But I loved how the various works in here explored this through diaries, log books, letters. They traced the movements not just of human beings (and some of their words echoing from the past have an unexpected emotive power), but of plants and animals, both from the colonies to London, but also from colony to colony. I sit here in my London room, which is full of cactus because a piece of me will always long for the desert, and I wonder that academics had to ‘discover’ the way that people traded both within and without officially ordered botanical practices in familiar crops and familiar plants, to fill their homes and gardens, their medicine cabinets and their bellies. This in spite of the undeniable fact that ‘official’ botanical knowledge and classification resided in the major city of the colonizing power. Still, it is fascinating to read of the ways New Zealand was landscaped along broad and sweeping lines first practiced in India, and the close trading ties between the two that did not involve the home country at all.

I liked the examination of the roles of men of science, both amateur and professional:

It was fascinating how these shifted over time, from a much more respectful position of mutual learning in the early days, yet where knowledge was still appropriated and almost never credited. These early days of botany and medicine are most interesting to me, but so much is lost, not valued thus silenced, despite the vast amount of documentation the company produced. I also wanted to know more of men like Richard Blackwall – a surgeon who turned against the East India Company and joined the Mughals in their struggle against it.

I learned a little, but not enough, of Mughal traditions:

gardens designed to introduce new crops and to provide materia medica for local hopsitals had existed for a long time in both Hindu and Muslim traditions and had spread to Europe in the form of the ‘physic gardens’ and ‘acclimatisation gardens’ that emerged in Italy, Portugal, later Holland, and finally England and France and their colonies (60) In Mughal towns of the period, ‘householder gardens’ were common, along with royal gardens and tomb gardens and the leasing of gardens could provide civic revenue (Anna Winterbottom, 44).

The article closest to what I was expecting was Rohan D’Souza’s ‘Mischievous Rivers and Evil Shoals’, detailing the East India Company’s immense and ultimately wasted efforts in attempting to control the mighty delta in Lower Bengal. A textbook in everything that is wrong with this approach to the world and how we live in it:

Despite the delicate nature of the drainage pattern, colonial rule had, during the course of the nineteenth century, inaugurated a number of projects for road, railway and embankment construction in the region. These modes of transport with their emphasis on permanent all-weather structures and mostly built in unrelenting straight lines marked a sharp break from movement in the earlier era, which was predominantly based on circuitous rough paths and ‘crooked’ routes. The colonial transport network in Bengal, in fact, radiated along the East-West axis, while the region’s natural drainage lines, in contrast, dropped from North to South (139).

The river won, but the decades of struggle, and the resources used by engineers is sobering, as is their despair or resignation. Yet the real tragedy is in the human cost of flooding and famine as older, more flexible methods of navigation, cultivation and agriculture working with the changing river are lost or no longer possible. I don’t know that there is enough rage in this book for me.

One consolation was an entire chapter on the rafflesia arnoldii, the largest flower in the world and proof of a true ‘Malaysian encounter’ when sited by a tourist, also known as a corpse flower for its smell of rotting flesh and parasitic nature: 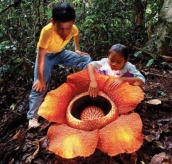 In 1819 Robert Brown was Secretary of the Linnaean Society, and it was his task to identify the flower, and he faced a conundrum. Should he name the flower for Raffles, who oversaw the expedition and was well known in scientific circles in London, or Arnold, who had been the chief naturalist, and the first white man to see the flower on the expedition? Brown spent the next eighteen months confirming whether or not it was a botanical novelty and contemplating it’s official classification (Barnard, 160).

This encapsulates so much of early botany — carried out for profit, subject to strict hierarchy and structured by racism, still partaking of adventure and a scientific excitement (on Arnold’s part) not fully tainted by the colonial enterprise of which it was part. Arnold would not survive to see the final classification.

My favourite Raffles is still this one, and I can’t help but think of Arnold as Bunny. But that is absolutely doing my favourite dynamic duo a disservice. 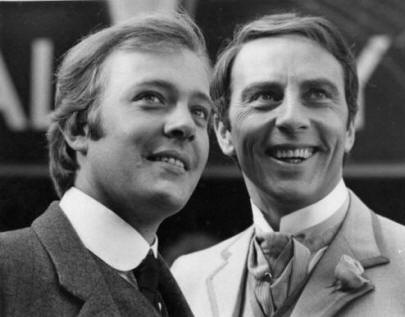 Runner up — I’m wondering if they’ve got eno

Load More...
Do NOT follow this link or you will be banned from the site!