I love it. I love it, and yet there is so little about it. We saw it shining on the mountain while looking out over the city, and of course, we had to go. 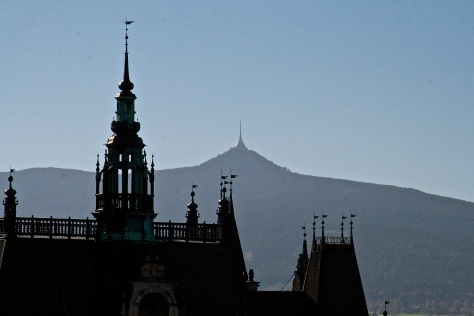 It’s so brilliantly SF, half spaceship half future cityscape. You take a tram from the city up to the mountain, a funicular up to the base. Look at this amazing television tower/restaurant/hotel up close: 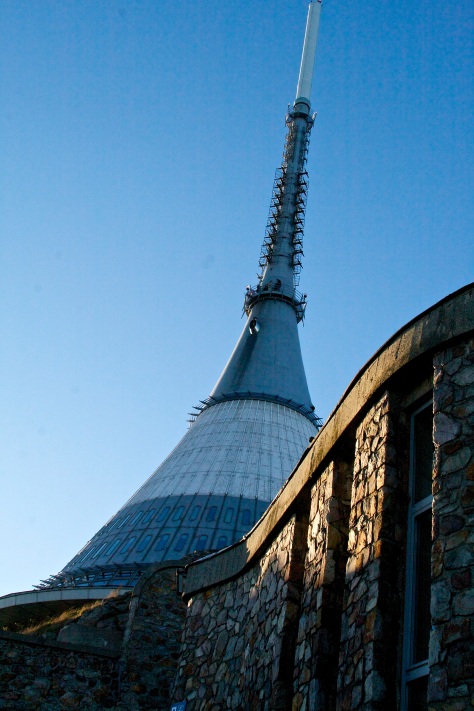 There is a long blurb on the architect from penccil – a rather fascinating site of modern art and design and fashion (it allows you to create your own page on the site to show your own portfolio, you could get drawn in there for a while…)

The unique Jested tower, designed by architect Karel Hubacek, is a modernist architectural landmark of the Czech Republic. Combining television transmission tower and mountain hotel, it is a 94 meters tall rotational hyperboloid built on top ofJested mountain near Liberec in the Czech Republic, built between 1966 and 1973. Liberec (then called Reichenberg) was until the end of WW1 in 1918 part of the Austro-Hungarian monarchy, and a traditional Austrian mountain hotel was perched on top of Jested (then called Jeschken) mountain. Karel Hubacek (23 February 1924 – 25 November 2011) graduated in 1943 and was then sent to forced labor in Nazi Germany, where he worked for the Askania Werke precision instrument factory in Berlin, which after allied bombings moved underground into salt mines south of Helmstedt, Germany. Askania produced the flight control systems for the V1 and V2 rockets and movie cameras which had been used in shooting the famous movie “Der Blaue Engel” with Marlene Dietrich. In 1945, he returned to Prague. In 1951, he got a job at the (then communist) regional institute for city planning in Liberec, where he worked until 1968, when he became a co-founding member of SIAL (Association of Engineers and Architects in Liberec). From 1994-1997 he was head of the Department of Architecture at the Faculty of Arts and Architecture at the Technical University in Liberec.

There are some wonderful photos — far better than what I managed as it was heaving with people on a sunny November holiday, though bitterly windy and cold. Still, I got a few: 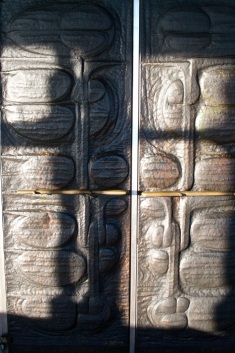 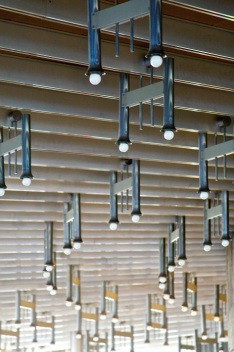 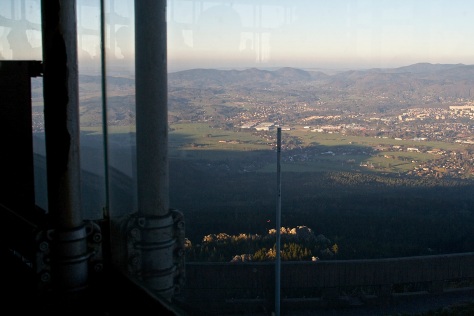 There is a martian as well! A particularly well-endowed one 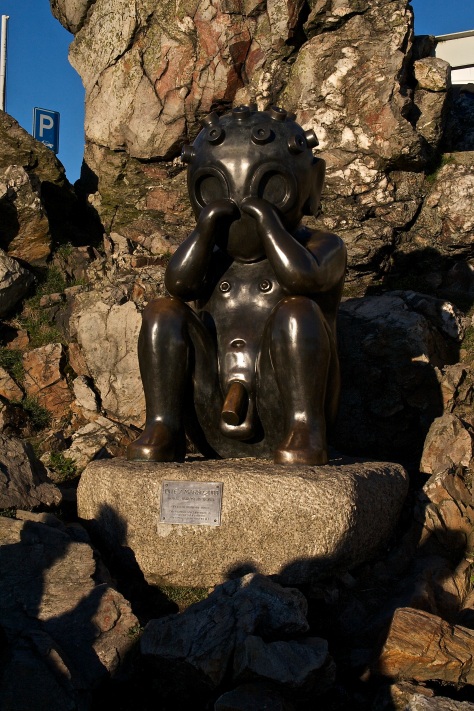 And the sun started setting and the world was just beautiful, you can see the shadow of our space building fall across Liberec: 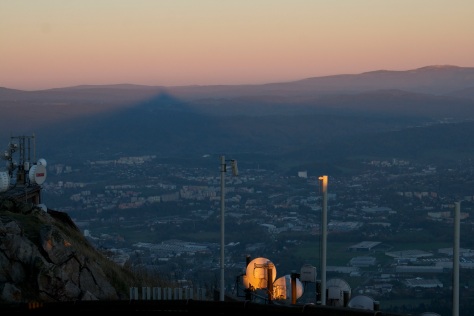 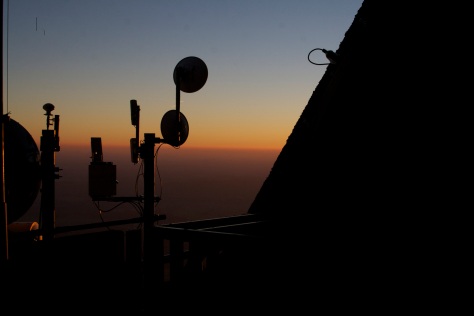 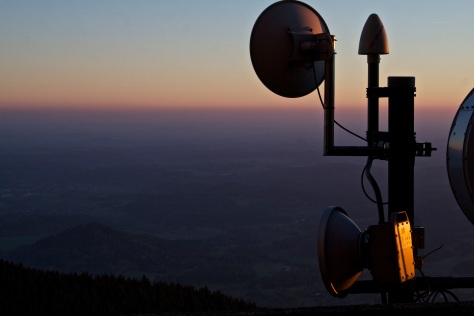 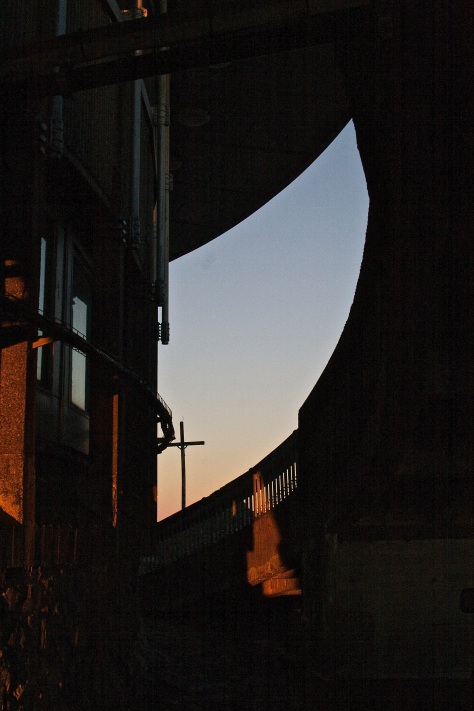 The hotel website (I do wish we had stayed there, the furniture, the fittings, everything looks amazing, but we didn’t) talks about this as a symbol of Liberec, and how wonderful? How wonderful to create this amazing building so playful with our dreams of the future, that could have been a simple ubiquitous television tower but instead becomes this amazing place. This is in some ways what the dream of socialism should have been, brilliant design, care, and attention to innovative detail to make something so functional also serve city residents as an escape from the city, a place to step out of the ordinary, to look out over the city and the countryside and think about the world’s form and your place in it. A place for everyone, though I don’t know if that’s how it worked when it was first built. But it felt like that while we there, full of both Czechs and tourist families, couples, young folks. It was lovely, but god, it was cold.

Runner up — I’m wondering if they’ve got eno